Magnum Singapore Glitter A & B – Firework Crazy
Skip to content

Magnum Singapore Glitter A & B

Magnum Singapore Glitter A & B 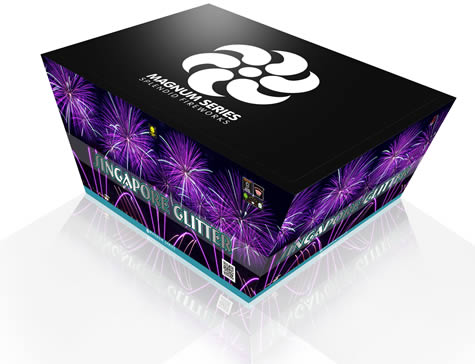 ONE LEFT – REDUCED TO CLEAR

This is a beast of a firework or should I say fireworks! And the ultimate finale for a large display. The firework comes in two parts. However with the new 2nd fuses on many CE items it’s possible to “link” the fireworks together.

Firing 100 shots of huge double effect mines of crackling and silver glitter to massive bursts of silver glitter with red dhalia (large long burning stars). Part A fires in a z firing motion with part B firing in a banks to give the ultimate finale!

Details below are per firework.