HAPPY NEW YEAR TO ALL OUR CUSTOMERS 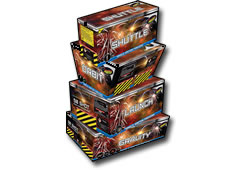 Four massive SIB’s to create your very own display, giving you just under 3 minutes of mayhem and a total of 286 shots !