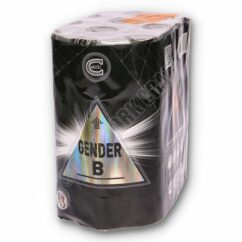 As we say goodbye to summer, it’s time to take a look back at some summer festival best bits and fireworks! There has been lots of amazing stuff happening and we’re especially in love with the fun and excitement that went down at this year’s Nozstock Festival!

Here’s a look at the best videos from the event.

What is the Nozstock Festival?

The family-run festival takes place on a farm near Bromyard in the rolling hills of Herefordshire. The festival had its 21st running this July, treating festivalgoers to loads of great music, performing arts and many other forms of entertainment. The festival tends to have a theme each year that invites visitors to dress up. This year the theme was The Wizard of Oz, which as you can imagine resulted in many great outfits.

The festivities began on Friday July 18th with lots of exciting music and other performances. There were fire breathers, poetry performances and lots of great music to dance to. Nozstock’s big selling point has always been its family-friendly attitude, which is on display in the video – you can see lots of people of all ages having a good time!

Music is a massive part of the festival and the line-up has many great performers each year, especially for fans of drum and bass. Below are some highlights from the weekend’s performers.

The Social Ignition at Nozstock

Fiery Entertainment and Fireworks at Nozstock 2019

Aside from the great music, Nozstock always has lots of other cool stuff happening too. As the highlight video from Friday showed, fire-based performances were a big part of the festival. Fire artists didn’t just show up on a Friday either but performed throughout. Below is a clip from the Saturday, showing some stunning scenes in the darkness.

Of course, every good summer festival needs fireworks. Unfortunately, there aren’t any videos of this year’s fireworks finale at Nozstock. But the fireworks show was, nonetheless, stunning and worthy of praise. We just hope someone would have filmed it all!

These Nozstock Festival videos from 2019 have us excited for 2020 already! The festival is always such a fun event for the whole family. It’s a different and fresh take on what a great summer festival should be all about. If you haven’t been to Nozstock yet, we highly recommend you try to get there next year, and don’t forget to film the fireworks show!

In the meantime, you can say hello to the autumn with some stunning new fireworks from Firework Crazy. Our store has lots of great fireworks for all of autumn’s big dates to take you into the winter, from our own Firework Review Night to Halloween and Bonfire Night!